Not Married: Is It Bad to Wear a Ring on the Left Ring Finger? 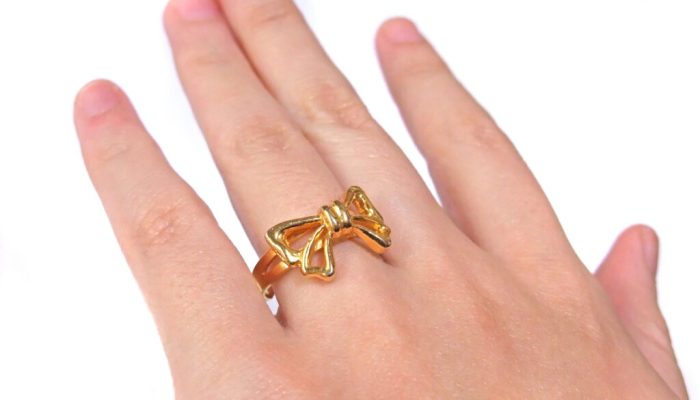 Navigating the practices that a culture adheres to can be difficult, especially when it comes to rings.

If you decide to wear a ring on your left ring finger and you’re not married or engaged, is this considered bad?

The most important thing to remember is that the placement of a ring is based on personal preferences.

The inferences that are drawn are based on what society dictates as correct placement.

Living in western culture, it may seem like wearing a ring on your left ring finger has always been the custom.

Interestingly, this is an offshoot from the ancient practice of wearing the ring on the right hand.

The practice of wearing the ring on the left finger originates in Rome and has been carried on throughout westernized civilizations.

It is important to remember that not all western cultures follow this practice.

The practice of wearing the ring on the left ring finger came about because there was the belief that there was a vein that connected directly to the heart.

By placing a ring directly over that vein, it signified that that person’s heart was occupied by someone else.

Those associations aren’t widely talked about today, so why do people in western civilizations continue to wear their rings on their left hands?

Simply put, the answer comes down to habit and tradition.

This has morphed from a philosophical concept to a cultural practice.

It has been ingrained in western culture for centuries, so it seems like a normal part of that societal construct.

When someone who isn’t married decides to go against that construct, it is seen as strange and wrong; however, it is simply a form of expression.

It neither adds nor detracts from the cultural and religious contexts that people associate with a ring being worn on a certain finger.

Another reason why this practice has morphed to the ring being worn on the left hand is that it is much more likely for someone to be right-hand dominated.

It is a convenience for right-handed people so that their rings don’t get damaged or scratched.

This has an impact on those living within eastern cultures as well.

The focus is being shifted from the religious and historical significance the ring held to a personal preference.

The idea of fidelity and union within the marriage remains the same.

This means that for someone who is not married, the choice to wear a ring on the left finger is simply a matter of preference.

It is a personal choice that you can see more people starting to use.

Single women sometimes wear rings on their left fingers to deter men who may take advantage of them.

The purpose of the ring and its significance come down to the person.

As stated earlier, rings that signified the status of marriage were typically worn on the right hand.

Part of the belief system that has been carried throughout the generations from Rome is the association wearing rings on the right hand has.

During that time, the right hand–specifically the ring finger–was associated with the ideas of love and relationships, creativity, beauty, and romance.

The Romans also thought that the left hand symbolized less desirable behaviors like cunning and lying.

Another reason wedding rings are worn on the right hand in some eastern cultures is because of the religious practices that are held.

In India, the left hand is considered “unclean” because it is used for cleaning oneself and doing other tasks that are considered dirty.

If the ring were to be worn on the left hand, it would, by association, become “unclean” as well.

It is also important to consider the social and religious factors that influence what society sees as normal.

In Germany and Netherlands, the engagement rings are worn on the left hand, but the wedding rings on the right.

In Norway, the wedding ring is worn on the right hand because of the biblical ties it has.

Is it Weird to Wear a Ring on the Left Finger if You Are Not Married?

Because the placement of where you want to wear your rings is up to you, does it make it weird if you wear a ring on your left ring finger?

It may feel a little strange and you might get some comments from people who assume you’re either married or engaged, even if it isn’t the case.

It may be weird at first, but people will get used to it.

They are simply used to seeing the normalized tradition of engagement and wedding rings being on the left ring finger.

If you don’t care what others think, then there is nothing to worry about.

If you’re concerned about what people in western cultures are going to say, you could take into consideration the style of ring you want to wear on your finger.

If it is more flashy and expensive-looking, 90% of the people in western cultures you encounter are going to think you’re engaged.

Countries that have an eastern culture are going to think that you’re simply wearing a normal ring.

Each culture is going to have an opinion on what the “correct” way to wear a ring is, but it is merely an opinion.

Ultimately, it all comes down to your preference and whether or not you feel comfortable sporting a ring on your ring finger.