What Is the Most Expensive Black Diamond? (Answered!) 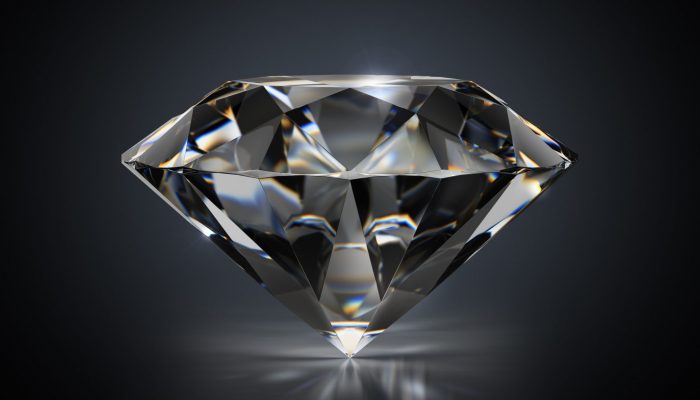 Not a whole lot is known about the natural processes that make it black.

With such rare beauty, people may wonder what the most expensive black diamond is.

The most expensive black diamond ever sold is the Unnamed Black Diamond, which sold for $1.7 million. As for normal black diamonds, the price per carat increases as the number of carats in the diamond rises. For example, a 3-carat black diamond is $9,000, and treated black diamonds are cheaper.

There is a lot more to the pricing behind black diamonds and some of the most famous and expensive gems in the world are natural black diamonds.

Let’s take a deeper look into these topics and explore some of the most expensive black diamonds ever sold!

How Black Diamonds Are Priced

Black diamonds are divided into two categories: natural and treated.

Naturally black diamonds are diamonds that were already black when they were found.

Because of how uncommon that is, they are not easy to come by.

So far, no one has been able to concretely determine how those diamonds are black.

As for treated black diamonds, they are naturally a diamond, but not naturally black.

Through some chemical processes in a lab, these diamonds are made to be black.

Now that some background has been established, the pricing for black diamonds will make a little more sense.

When the price of a diamond is labeled, it can be done in one of two ways: price by carat, or cost by diamond (meaning how much it is as a whole taking into account how many carats it has).

If someone is buying a treated black diamond that is 0.5 carats in measurement, it will cost about $200 per carat or $100 per diamond.

As for a black diamond that is naturally black and also is 0.5 carats, the price will be approximately $2,000 per carat or $1,000 per diamond.

For context, a colorless (or clear) diamond that is half a carat will be around $2,500 per carat or $1,250 per diamond to purchase.

Needless to say, the larger the diamond, the more the price increases.

When a treated black diamond is one carat, it will be roughly $300 per carat or diamond.

If that black diamond is naturally black (as opposed to being treated to be black), the price will be close to $3,000 per carat or diamond.

To help compare, a colorless normal diamond will cost approximately $5,000 per carat or diamond.

Next, if the diamond is bigger in size and measures two carats in magnitude, it will average to be about $400 per carat or $800 per diamond if it has been treated to be black.

Under the condition that it is naturally black, the price will be around $3,000 per carat or $6,000 per diamond.

In contrast with black diamonds, the normal colorless diamonds are about $9,500 per carat or $19,000 per diamond to purchase.

On average, a black diamond that is three carats and has been treated will be roughly $1,500 in cost.

If the three-carat black diamond is natural, it will be priced somewhere around the $9,000 range.

For more of a baseline, a colorless (or clear) diamond that is three carats in size will cost around $36,000 to buy.

All of that was quite a bit of information! Here’s a table to help paint the picture and give a little more of a visual:

As far as what has been known and what is on record, the Unnamed Black Diamond is the most expensive black diamond that has ever been sold!

Finished to completion in the year 2004, this unique black diamond was cut unlike any other diamond, and it happens to be the largest cut diamond in the world. It was sold for 1.7 million dollars.

It has little, mini red crystals inside and is precisely 555.55 carats in size. Since its completion, it has been polished into 55 separate facets.

The Sergio Black Diamond is the largest black diamond, and also the largest of all diamonds, in the world!

In size, it is 3,167 carats! It was found in South Africa and no one has ever been able to place a price on its worth.

The Korloff Noir Black Diamond is a 57 facet, 88-carat black diamond which is incredibly impressive.

It is believed to have originated in Russia, and it was last in France before it moved to Salt Lake City in 2007 where it still currently resides.

Due to the impressive nature of this black diamond, it has been insured for 37 million dollars!

This Gruosi collection, owned by Faraz Gruosi, is hands down the largest, most expensive collection of black diamonds.

The Gruosi Diamond itself is 115.34 carats in size.

This particular black diamond has quite the story to its history.

It is 67.49 carats in size, and it is famous for its beautiful appearance.

Interestingly, it would probably be worth even more if it wasn’t for another aspect of its reputation: the curse.

It used to be called the Eye of Brahma, but the name changed since it is believed to be accountable for three different deaths.

The first of those deaths was a European man named J. W. Paris who was a diamonds dealer.

Shortly after selling off this diamond, he committed suicide by jumping off a skyscraper.

The other two deaths were Russian princesses, one named Leonila Galitsine-Bariatinsky and the other named Nadezhda Petrovna Orlov (hence where the new name for the diamond came from).

Both of these princesses were owners of this jewel, and even though they were older in age when they sold it (one in her 80’s and the other was 102 years of age), they followed the same suit that J. W. Paris did.

Because of that, this jewel is thought to be cursed. It certainly has made a reputation for itself! 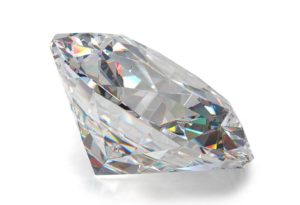 What is Diamond? Most people will recognize Diamond as a clear, sparkling gem. It is a rare, naturally occurring mineral composed of carbon, which is

Blood Diamonds – The Complete Facts (Everything You Need to Know)

Diamonds are valued in jewelry and in society. There are also blood diamonds that are in the mix of regular diamonds. These diamonds are obtained 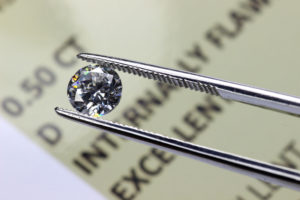 Diamonds are one of the most dazzling precious materials and nearly every engagement ring has one. They are known for being incredibly strong and even