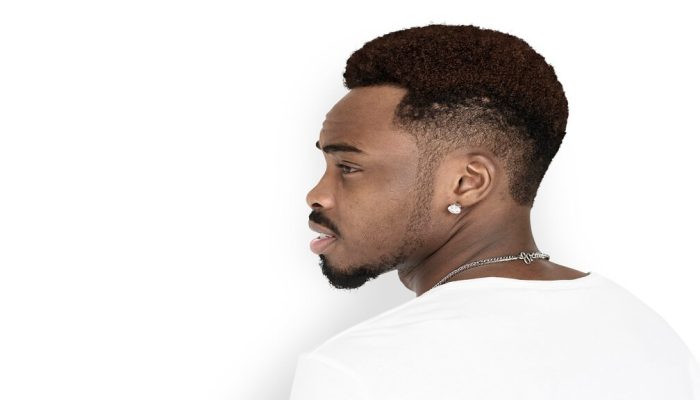 Earrings aren’t only popular with women, there are now plenty of men wearing them too. But should men wear earrings? Yes, they absolutely should. If a man wants to wear an earring or earrings, there’s no reason why he shouldn’t.

The great thing about earrings is the fact that there are so many different styles to choose from, many of which are suitable for men.

From simple gold rings to diamond encrusted studs, men’s earring styles have come a long way over the years.

Many Hollywood Celebrities and pro athletes who are male are often snapped wearing earrings in public, which may be one of the reasons why so many men are now getting their ears pierced.

Let’s learn a little more about how men wear earrings a certain way, and why.

Why do some guys wear earrings?

Compared with this time a decade ago, there are more men wearing earrings than ever before. But why is this?

Some common reasons for guys wearing earrings include:

Fashion trends and styles change by the seasons, yet at the moment men’s earrings are very much in fashion.

If a guy takes pride in his appearance and likes to get dressed up and look the part, an earring, or set of earrings, make for the perfect finishing touches.

Earrings can really make an outfit pop and give any wardrobe or fashion style a much-needed lift.

Another reason why some men choose to pierce their ears is so that they can look attractive.

Some people are sexually attracted to piercings and therefore a guy with his ear/ears pierced would prove irresistible to a potential partner who had a thing for piercings.

Earrings are also often associated with bad boys, and women do tend to love a bad boy.

3. As a status symbol

In a world where celebrities and athletes often flaunt their wealth on social media, more and more guys are looking to emulate their idols by wearing expensive earrings as a status symbol.

Wearing gold earrings encrusted with diamonds and other precious gems shows wealth, which can make some guys feel powerful and successful.

4. To emulate their heroes

Some men like to wear earrings so that they can emulate their heroes.

Whether it’s their favorite actor, a boxer, a UFC fighter, basketball player, singer, or any other hero of theirs, if their hero wears an earring a guy may wish to do the same.

5. Because they have a rebellious side

Some men wear earrings because they have a rebellious personality, and they want to show the world that they don’t conform to society’s standards of beauty.

Many punk rockers decades ago, for example, would wear earrings as a show of defiance against the establishment.

Rather than dressing how society dictates, some men dress how they want to dress, and this includes earrings and multiple piercings.

Some men believe that certain metals possess healing properties, which is why they choose to wear earrings made out of these specific metals.

Precious metals such as gold, are thought to possess powerful healing powers.

Centuries ago, pirates would wear large gold hooped earrings as they believed that the gold would cure seasickness and improve their eyesight.

Considering most pirates seemed to wear an eyepatch, they’d likely need all the help they could get when it came to improving their vision.

7. For cultural or religious reasons

Men don’t just wear earrings as a fashion accessory, some men wear them for cultural or religious reasons.

Piercing the ears, for example, is a religious practice in Hinduism, as some children will get their ears pierced as part of an elaborate Hindu ceremony.

Many cultures around the world embrace body piercing, and earrings are nearly always present.

Yes. Regardless of their sexuality, men can, and do wear earrings.

Nowadays, men are much more comfortable with their sexuality and often wear an earring in either ear of their choosing, or even both.

Which side do straight guys wear earrings on?

Straight guys can wear earrings in whichever ear they like.

Traditionally speaking, however, straight guys wear an earring in their left ear. Today, most men with an ear piercing still wear it in the left ear.

Of course, there’s nothing saying that a straight guy can’t have his right ear pierced instead.

Which side do gay guys wear earrings?

While there are no rules or laws stating which side a gay man has to have his ear pierced, homosexual men do tend to have their right ear pierced rather than the left.

Of course, there are plenty of gay men with pierced ears that wear earrings in the left ear, or who even have both ears pierced.

At the end of the day, it all comes down to the individual with the piercing and what he prefers.

Why do guys wear earrings in the left ear?

Decades ago, silly rumors began stating that a man was gay if he had his right ear pierced. Therefore, the left ear became the straight ear.

Of course, this was all playground nonsense, but we all know how easily rumors start.

Traditionally speaking, the reason why men wear earrings in the left ear can be traced way back to ancient China.

The Chinese believed that wearing an earring in the left ear was good luck.

The belief was that wearing an earring in the left ear would symbolize that the wearer’s life had been put in danger.

Wearing the earring in the left ear was said to protect them and ward off bad luck and negative energy.

Why do guys wear earrings in the right ear?

Some men wear earrings in the right ear to show that they are gay and that they are not afraid to embrace their sexuality and be who they truly are.

Back in 15th century Russia however, Cossacks would wear a silver hoop earring in the right ear.

This was to symbolize that the wearer should not be subjected to dangerous labor, because he had a large family to feed.

In Northern Italy, an earring worn in the right ear was an indication that the wearer was a slave.

While attractiveness is subjective as we’re all attractive in our own way, earrings can definitely make guys appear more attractive.

Not only can earrings look great with certain outfits, but it’s also all about what the earrings represent.

A pierced ear was a sign of rebellion not too long ago, and therefore guys with piercings are often considered ‘bad boys’ with a rebellious side.

What do women think about men wearing earrings?

Some women are into self-styled bad boys and earrings are often worn by bad boys with a rebellious side.

Wearing an earring shows that the guy wearing it plays by his own rules and won’t be told what to do.

Some women find men that wear earrings attractive for the opposite reason.

Some women find that a man wearing an earring shows his sensitive side and shows that he is in touch with his emotions, and confident with his own sexuality.

Whether earrings symbolize confidence and power, or sensitivity and warmth, women tend to find guys that wear earrings very attractive.

Yes and no. In one respect, things have changed over the years, society is now more tolerant.

And it is now more common to see men with tattoos and piercings working jobs you never would have imagined them working decades ago.

On the other hand, earrings worn by men are seen as an alternative, and therefore in a workplace environment, they could be classed as unprofessional.

Are males allowed to wear earrings?

Yes, while earrings are stereotypically associated with women rather than men, it is still perfectly acceptable for men to wear an earring, or earrings, in any style he likes.

Men’s fashion is constantly evolving, yet men’s earrings never seem to go out of style.

Decades ago, men’s earrings were basic and usually consisted of a gold or silver stud or small hoop earring.

Today men have all manner of earrings to choose from, with spacers, diamond or cubic zirconia studs, and even clip-on earrings proving especially popular.

So, should men wear earrings? Absolutely, you bet they should.

They say that ‘diamonds are a girl’s best friend’ but why should the girls have all the fun with diamonds? When people think of jewelry,

Okay, so you’ve been admiring those stunning earrings online for months, and you’ve finally decided to take the plunge and purchase them. Fast-forward several weeks

A couple of decades ago, you would typically find men wearing a simple gold stud in their left ear, or perhaps an earring. Nowadays, however,

If you’re looking to change up your look and like the idea and the appearance of earrings, but not the thought of having your ears

Top 30 Most Popular Types of Earrings (With Visuals & Pictures)

Earrings are, without question, one of the most popular types of jewelry in existence today. Popular with both men and women, earrings can really breathe

When Can I Change My New Ear Piercing Earrings? (Answered)

If you’ve recently had your ears pierced and have your eyes on a new set of earrings, you may ask ‘how long after a new

Can You Use Safety Pins As Earrings? – (Answered)

Earrings come in a variety of different shapes and styles, yet lately, more and more people have been asking the question ‘can you use safety

How Long Does it Take for Ear Piercings to Close Up? (Answered)

Wearing the right pair of earrings can complete and enhance your entire look. You may be surprised to discover just how many different types of