When Did Men Start Wearing Wedding Bands: Facts and History 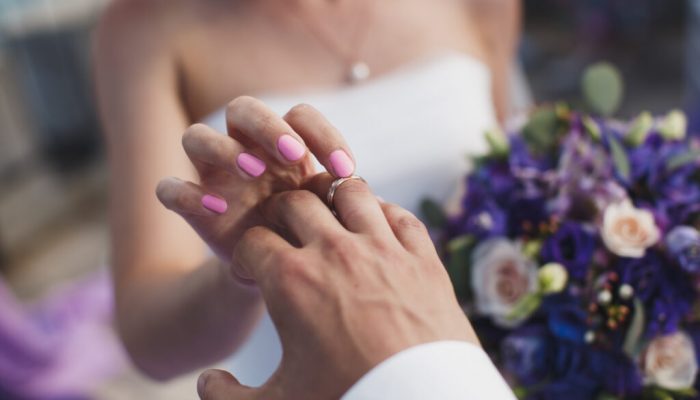 Today, it’s strange to see a married man without a wedding band. But men’s wedding bands are actually a pretty modern concept.

Still, it wasn’t until the mid-to-late 20th century before wearing a wedding band became common practice for married men.

Now, it’s socially expected for a married man to wear a wedding band. If a man doesn’t, it’s seen as a sign of unfaithfulness, and potential infidelity in the marriage.

There are records of women wearing wedding rings as far back as Ancient Egypt, though their rings were commonly made of braided hemp instead of precious materials.

In Rome, brides were given two rings—an iron ring to wear around the house, and a more glamorous gold ring to wear in public.

The act of a groom placing the ring on the bride’s finger was a promise of fidelity and a symbol to the bride’s family that the groom was committed to the relationship and had the ability to financially support his bride.

Although women wearing wedding rings has been a tradition for centuries, men were much slower to adopt this practice.

The earliest recording of a man’s wedding band is a bit different than the concept we know today.

In the 16th to 17th centuries, a small minority of men—usually royals or nobility of some kind—would sometimes wear gimmel rings.

Gimmel or gimmal rings (called joint rings in the Elizabethan England era) were twin rings with two or three hoops that would link the rings together.

The earliest gimmel ring is dated back to 1350, given to the Count of Gynes by Henry III of England.

These rings were often set with impressive jewels and inscribed with scripture. The wedding band of Martin Luther and Catherine Bora in 1525, for example, is inscribed, “Whom God has joined together, let no man put asunder”.

By the 1600s, gimmel rings were commonly etched with symbols for the marriage, such as clasped hands, a heart, even a tiny baby.

Traditionally, the groom and bride would wear one ring each throughout their engagement.

During the wedding ceremony, the groom would link both rings together and place them on the bride’s finger.

This is similar to a modern engagement ring, but not a modern wedding band because a 15th or 16th-century groom wouldn’t wear a band after the marriage ceremony was finished.

Another historic wedding ring is the Claddagh ring, from Ireland.

This ring, similar to the gimmel ring, is a traditional Irish ring, first produced in the 17th century.

Unlike the gimmel ring, it is a single ring, joining to itself.

These rings burst into popularity during the 20th century and are worn as cultural symbols, as well as friendship, engagement, and wedding rings.

Among lower classes and early pilgrims, it was common for a poor groom to give his wife a thimble as an engagement gift.

If she wished, the bride could cut off the tip of the thimble to make a ring; or she could keep the thimble as it was, as a practical gift for a less-than-wealthy couple.

If the groom was a bit more wealthy, he might be able to afford a poesy ring—a simple gold band with poetry engraved in it.

The concept of the modern wedding band (one that was constantly worn by both the husband and wife) started during the first World War when a minority of American soldiers started wearing rings as reminders of their families and significant others at home.

This fashion caught on even more during the second World War.

In the following Korean war, these rings took on the sentimental value we still associate with marriage bands today, but the men wearing these bands were still in the minority.

In a darker piece of history, these wedding rings also made identifying bodies much easier.

During the wars, everything was rationed; naturally, gold and precious metals were in short supply.

Wedding bands from this time period were much thinner, lighter, and much more expensive.

Only a few could afford such a frivolous indulgence.

Because such a small minority wore these rings, it made the possible victim list much shorter, and identifying bodies was easier if they were wearing a ring.

Both World War I and World War II were influential to the rising popularity of male wedding bands, and the Korean war continued the trend in later years.

During this war, matching wedding bands grew in popularity amongst the majority of the western world, and bands specifically designed for men became more readily available.

This trend mainly stayed with soldiers though, so at this point, mainstream society had yet to adopt the fashion style in their day-to-day life. This would change in the ’70s.

In the ’70s, the European “medallion man” came into fashion—the idea of a middle-aged man wearing heavy, flashy gold jewelry.

The 70’s also brought a rise in men’s jewelry; more styles of rings, necklaces, earrings, and bracelets came to light.

A man wearing jewelry wasn’t seen as strange, as it had been in the not-so-distant past.

Another cultural movement that affected the practice of wedding bands was the Women’s Rights Movement.

This had a part to play in the integration of the modern man’s wedding band.

Historically, a bride’s ring represented her husband’s ownership over her, quite visibly marking her as his property.

Often, a bride’s ring may bear her husband’s seal, as a claim of ownership.

After the rise of the Women’s Rights Movement, it became much more common for both groom and bride to exchange and wear wedding bands, as a sign of equality in the marriage.

PrevPreviousWhat to Do With Your Wedding and Engagement Ring After Divorce? (7 Tips)
NextPast Present Future Ring – (All you need to know)Next 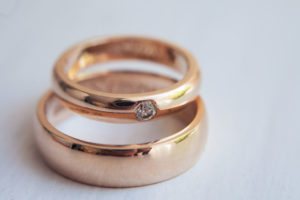 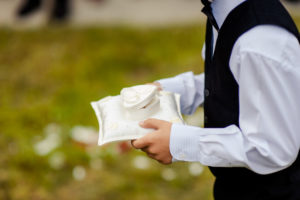 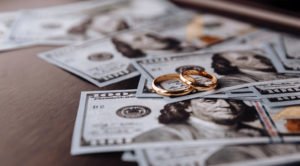