Which Finger is Best to Wear a Tortoise Ring? (Answered) 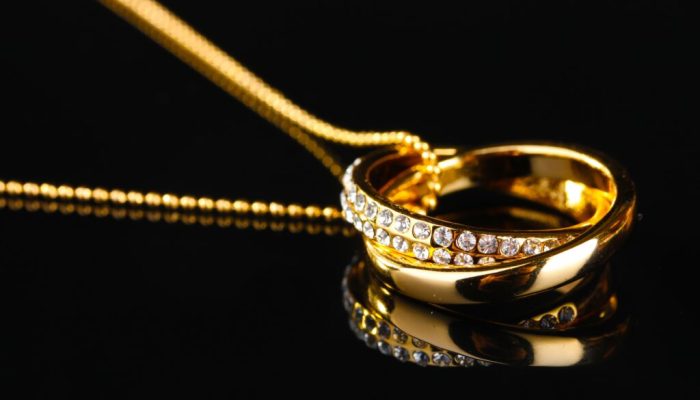 The tortoise has long been a symbol of life, growth, and prosperity. Because of that, there has been growing popularity for the Tortoise Ring. With that ring, there are a handful of rules and regulations regarding the proper ways to wear the ring and where to wear it.

There are quite a few other factors regarding the protocols of wearing a Tortoise Ring because of the belief some have of the tortoise and its symbolism. To best tap into its ability to bring prosperity and luck to the individual wearing the ring, here are some details regarding the standards of the Tortoise Ring.

What are the Best Fingers for Wearing Tortoise Rings?

Typically speaking, the best fingers to wear a Tortoise Ring on are the index finger or the middle finger of the hand. When talking about the meanings behind what finger the ring is being worn on, Voylla mentions that choosing the middle finger indicates making a strong remark. If that fulfills the purpose of the ring, that would be a good finger to wear it on.

On the other hand, the index finger is primarily for when the ring has specific associations, so it can be worn on the index finger if that works given the purpose behind the ring. While this may not be as common with Tortoise Rings, a safe bet for what finger to wear them on is the pinky because that allows it to not be associated or connected to any group or anything else.

The Tortoise Ring, also called the Kechua and Meru Ring is commonly associated with astrology and is believed to be a symbol of Lord Vishnu. When used in that context, it must be worn on the middle or index finger. According to Astro-Raj, there are a few other requirements for wearing Tortoise Rings.

First, it should only be bought and worn on Fridays because of the tie it has to the Goddess Laxmi. For that same reason, tradition is that it is also to be soaked in milk during the beginning of the day so that it can have luck and prosperity from the Goddess Laxmi. The head of the Tortoise should be facing the individual wearing the ring, and it shouldn’t be rotated while being worn either so it can keep its luck.

Can a Tortoise Ring be Worn by Women?

Tortoise Rings can certainly be worn by women too, not just men. That being said, if the ring is being worn because of any astrological symbolism, there are a couple of things Tentaran brings up that are worth considering. Many who wear Tortoise Rings do so because of the promise it has for luck and prosperity.

However, in the astrological context, it is believed that people who have a zodiac of Pisces, Scorpio, Aries, or Virgo should be careful about wearing a Tortoise Ring. While tradition is that the ring brings luck, the credence is that it rather does the opposite for those who are among those four zodiac signs.

On Which Fingers Can Ladies Wear Tortoise Rings?

It can be difficult for women to navigate the specific intricacies of wearing rings, especially when it comes to Tortoise Rings. Hopefully, this insight will help with that: in regards to the customs regarding Tortoise Rings, Tentaran explains that women are to wear their Tortoise Ring on either the middle finger or the index finger on their left hand. Art of Manliness associates the left hand with character and belief.

Obviously, there is the option for women to wear the Tortoise Ring on either the middle finger or the index finger. Lexie Jordan Jewelry gives some insight behind the meanings behind each of the fingers for women, so that can help with deciding which of the two fingers to wear the Tortoise Ring on. The middle finger is representative of Saturn which is characterized by a strong identity. Tailored to that representation is the association of the middle finger with high moral values, responsibility, wisdom, strength, and balance.

As for the index finger, Jupiter is the astrological representation. Where Jupiter was the king of the Roman gods, the index finger is associated with the characteristics of incredible self-esteem, great leadership skills, and confidence. Women can take those associations into account when deciding between wearing their Tortoise Ring on the index finger or the middle finger of their left hand.

On Which Fingers Can a Male Wear a Tortoise Ring?

Just like for women, something else the middle finger symbolizes is Saturn, so wearing the ring on the middle finger works especially well if it is made out of metals such as steel. However, according to Kalyan Jewellers, Tortoise Rings are usually made from either gold, silver, or platinum metals.

As for the index finger, it is associated with the planet Jupiter for men as well, and along with that association comes the symbolism of power and authority. Typically speaking, when men wear a ring on their index finger, the ring usually has a familial background or is a class ring or something similar to that. As such, men can certainly wear the Tortoise Ring on their index fingers. Choosing between the two fingers really just comes down to what men have as their preference and/or what they want to be represented by where they wear the Tortoise Ring.